Hey what’s up guys? It’s cypher! Today we are gonna dive in on my season. Five wish list, and also we’re gonna talk about what worked in season four. What didn’t and what needs to change next season? Don’t forget to use creator code, cipher pk in the item shop.

Four was probably the best season of chapter two and honestly, it was arguably one of the best seasons of the game, probably top five best seasons, and i’ll, explain why in a second all right, oh, we had a purple pump out of that Chest so season four brought back a lot of the good feels of fortnite, because there’s, a lot of variety in the way the game can be played, the updates were pretty frequent.

We went from barely getting any updates uh in the past few seasons to getting pretty decent bi-weekly updates like the stark industry, the venom, mythic ability uh thor’s. Hammer all the mythic abilities that got introduced were pretty significant and game changing.

I know when we think about some of the previous seasons. We, you know, we think of them a lot higher than we actually remember them, and that’s, mainly because of nostalgia. They were great seasons. Don’t get me wrong, but i think season four.

When we think back on season four years down the line we’re gonna. Remember it as one of the great fortnight seasons. Now there is still a lot to improve upon, which is why there is a season. Five wishlist, video good things were the updates.

Uh some streamers have returned to the game. That’s, pretty significant. We have people like nick mercs and timothy tatman and even closely today, come back to fortnite uh. That wouldn’t have happened if the game wasn’t in a decent state, great loot, variety, the fishing update was pretty significant and i liked it a lot now here’s.

What, in my opinion, needs to change or needs to be addressed next season? I still think that the pacing, the game at times can be very slow and at times it can drag and you won’t find fights for a while.

They want action, they want combat, they want a hot drop. Speaking of hot drops. Stark industry is the main hot drop this season. In my opinion, it it’s, kind of not good for the pacing of the mat of the match.

First of all, this whole stark industry, ground being so high above everything caused a lot of issues and competitive. It kind of reminds me of polar peak, especially when the circle pulls up here. Uh rotating up to stark industry can be a pain also it’s.

Such a good drop with so much good loot that, like half the lobby, lands here most matches half the lobby ends up landing here, so it’s. It’s, pretty significant in affecting the pacing of the match. Let me see that it’s, pretty significant and affecting the pacing of the match, and so many people land here both in competitive and casual, and it creates a pretty like quick death for the lobby.

A lot of people end up landing here and just getting deleted. In my opinion, it’s, okay to have drop spots, but the problem arises when we have one significant drop spot: that’s so much better than everything else.

We see places like doom’s domain that has a vault, but doom’s. Domain is, does not have the stark chest that this place has in the previous season. We had a little bit more spread on the drop spots because we had a lot of mythic abilities that people could land at and uh it created for more diverse landing.

This season, most lobby, every single match goes to stark, especially if you fly over stark. So i think, next season they need to try to create more hot spots and more places destinations with really good loot, uh beyond just stark to get people to spread.

I think this whole thing needs to go away anyways next season. I think it’s. It’s too much to have this entire big landscape. They need to continue the mythic abilities and spread them out and also continue adding mythics.

I love the venom mythic. I love thor, uh groot ball. I hated the black panther one i feel like it was really weak and could have been done a lot better. So just keep up the mythics keep adding variety.

I’m glad that they’re, not in competitive. It’s cool to see that they’re willing to make changes to the pub game, but not the competitive version of fortnite so that they don’t affect it negatively um and ruin the balance of competitive.

But i think these may think items are are fun for pubs. They they add a lot to it. Uh just try not to make them weak, like the uh black panther mythic ability that one could have been done so much better.

In my opinion, but yeah. I’m sure they they got that feedback because they took it out pretty quickly. Map changes besides removing the whole stark area. I think they should reconsider or i think they should consider bringing back some of the old pois.

I think that would be a great way to feed the nostalgia. Get people excited about old py’s returning without just completely scrapping this entire map and like going back to an old map, you know, i think, that’s.

The best way to approach it, hopefully, that’s, the idea they have in mind um for galactus also for season five continue with the regular updates. I really loved the update schedule this season. We were getting updates like every two to three weeks.

At most and there were pretty significant updates with some good changes to the game um. So like i i know there was, you know, rumors of a slurp bazooka. Hopefully, that’s added either the beginning of the season or during the season, and there was some other mythic weapons, uh and potential vaults that were coming in uh.

Hopefully, the helicarrier becomes a poi and it lands somewhere on the on the new map. I say new map because season five is probably gonna get some pretty significant map changes uh, just based off of how much they’re hyping up this galactus event.

I think it should be easier to reboot people. I think they should experiment more with potentially bringing players back into the match after they get eliminated. We saw that a little bit with the fort nightmares, but i think it was a little bit poorly executed because once you became a zombie, there was no way of actually returning into the match as a player.

So most people just started backing out as a zombie, but if there was an actual way to come back into the game easier ways to come back in the game, i think it would be good for the game good for the pacing and it would add it Would add a lot got ta, be careful here, give people more reason to stay in the match even after they get eliminated there hasn’t been a lot of new mechanics to the game of fortnite ever since they added fishing.

I think that was the last major mechanic that they added. I think they need to consider adding more things like potentially adding a recycle system where, if you uh, if you like turn in some weapons, you can get materials back at upgrade stations or whatever mechanics they come up with.

I think mechanic changes always add a lot to the game and it would it would do it would do a lot of good for the game before night season. Five absolutely needs to have a very solid christmas theme. I want to see snow on the map.

That’s, always a great feeling with the winter seasons, is to see the snow map and to see some winter themes and some winter skins, the gingerbread uh renegade raider needs to come out for sure and a bunch of other winter themed items.

I i always always love fortnite during the winter. The the winter christmas themes are are the best it’s, probably one of my favorite favorite times to play fortnite. I’m seriously, seriously excited and looking forward to seeing what epic has in store for us, especially with how much hype is around [ __ ] lack this event, gg man, ladies and gentlemen, what do you think of my fortnite season? Five wish list? What do you personally want in season? Five don’t forget to like and subscribe, so you’re up to date with everything foreign related i’ll, see you guys next [ Music ] time, 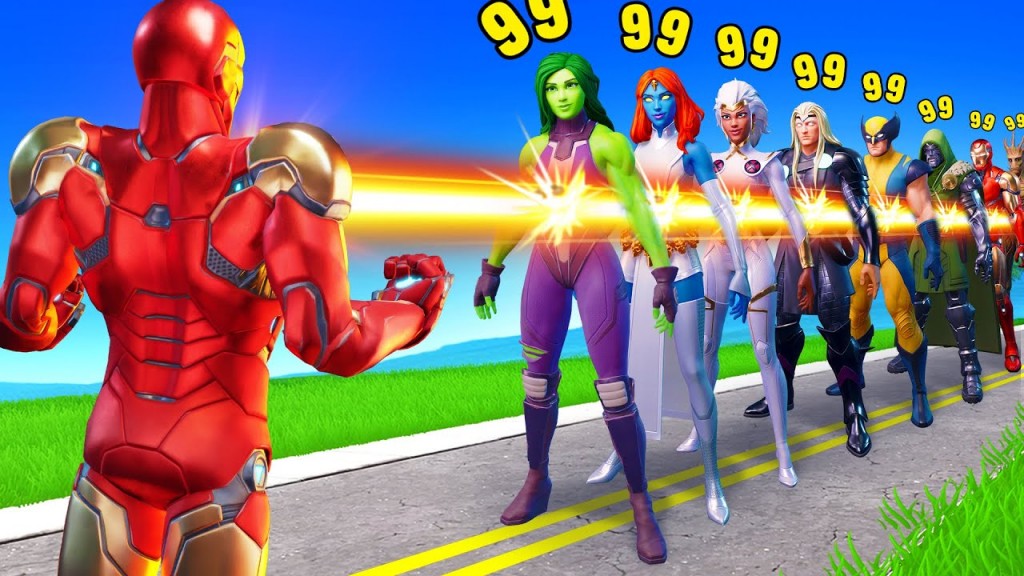