Guys welcome back. Galactus’ Reign of Terror is about to begin and with the Fortnite season 5 trailer being released online The actual countdown location being revealed in game and even the end date of this event being discovered guys.

It looks like this is going to be a roller coaster of a video. If you want to support the channel, you can use the support to create a code that is on screen rights now. Apart from that, I think it’s time we get into the game – oh ghost rider, you always ain’t. Nothing weird going on here. Guys welcome back to Fortnite. I’m, pretty sure today’s video is a serious one. There’s a lot we need to get into and of course, the most exciting thing about today’s video is the new season’s trailer. Oh, my goodness, yeah! I quickly want to bop someone with this bats. I’ll, be right back! Hey it was popping g, oh oh you, don’t like this huh out of here now I am serious.

There is something really crazy going on in Fortnite. Galactus is on his way. We don’t actually have a lot of time so uh. I want to watch this trailer and then get into the rest of the craziness. Is it for fortnite right now, um? I need a television.

Can we can we get a television in here? I need to uh. I need to watch this trailer. Oh, these might do right. Do these actually work? No, no, of course they don’t, but who cares? We can pretend guys. Let’s watch this season 5 Trailer. Ion is new, and this time it is inevitable and the world will take its last. Oh, my goodness dude, that was crazy. It was actually crazy. That was really good. I really enjoyed that.

This, of course, is a made season five trailer that has been released online. This concept trailer can actually be found in full If you go check the link in the description from a channel called sd concepts. Yo seriously guys if you want to watch the full version of this crazy trailer, you guys need to check the description. We saw Galactus on his mission down to the fortnite islands.

We saw him looking over our planet,over our world and then, of course, we saw him destroy it. Oh my goodness, this trailer talks about everything that we are expecting in Fortnite. We know Galactus is coming in.

We know the Marvel Heroes are going to try and defend our islands, but this trailer predicts that our world is doomed. Maybe there’s, something we could do to stop it. Yo speaking of dooms, look at this Ironman repulsive gauntlet.

You guys see that i was complaining about it yo. Can we get a quick replay on that? My jump button doesn’t work. You see, I said that at the time it was very confusing. Put me at a disadvantage, shout out this guy for basically trolling my game.

We literally don’t have time for this, so let’s get into the next one. Oh surprise, I was gonna ring the doorbell and everything yo that kid. The kid got roasted. It is basically official rights. Now the countdown has been found in the games files.

We know exactly where it is now going to appear. It seems it’s, gonna happen above stark industries. The information has been leaked online and we now know where the countdown is officially going to be, and of course, I’ve already showed you that clip where we’ve seen what it looks like you can see it’s right here. This is the leaks actually pulled from the game’s files showing you physically. What it will look like.

Oh time, is ticking you don’t. Need me to tell you that, though, well, actually, maybe you do you see there is a bunch of confusion online right now about when this event is going to go down and when this season is going to end say.

Let me help you clear it up. Every event for each season seems to happen on a saturday. Every saturday closing in to the end of the season is typically when we see the final events go live. It is currently projected that this season is going to end on November, the 30th.

That is the last day of November, the month that we’re currently in. If this remains true, then there’s, only two more weekends, two more saturdays. Until the end of this season, which means the event is going to be on either one of these two days, these two dates are the last two saturdays before this season ends, but we also happen to know something that is in the game’s files that might be telling us which one of these dates it is apparently leak is uncovered when one of the galactus challenges actually ends which is going to be on saturday, the 14th, which is making players believe that if this Galactus related challenge is going to end on saturday, the 14th, maybe this is the day that we are going to be getting the final crazy event in Fortnite,

You know the Galactus event. You know the event. We’ll be talking about that event, yeah that one and you know something that is all so crazy. You know what put some sentimental music on we’ve, actually had a pretty crazy season.

This season. Right, I mean, I know it was a Marvel season. I know everyone was a little scared like how this would come out and I think it’s come out pretty good. I’ve kind of enjoyed this season. Nah i don’t know if it’s the best season ever, but you know it’s, uh it’s  definitely up there with some of the good ones in this chapter being chapter two of season four season, four chapter, two of chapter two uh and the fact that this season isn’t even over there is still more to come still more to discover.

I mean that’s, pretty exciting. I mean it’s, the case for every single season, but uh. So I think the games has a pretty big event in store for us this season. I think it’s gonna be amazing: Oh okay, you can stop the sentimental music.

Now, speaking of not amazing, my old foe, the storm is back. Yo bro! You, you really mess it. Why are you shooting me bro? I’m suffering from the storm as well. Get out of here, dude just playing it, though there’s.

One more thing I wanted to talk about, but uh we might have to just get through whatever this is okay, so we’ll. We’ll. We’ll, be back after these messages. Oh, i think i just sneaked in and and yo those messages.

Weren’t long at all. How amazing? Oh even more amazing, we got a legendary yo. We’re gonna be able to talk about the crazy things we want to talk about. We’re gonna get a free, kill yo. This is my day oh hold on boys.

Oh no leave me alone dude, but that rocket launcher down don’t you dare no. My guy wanted me done so badly. He was willing to go back in the storm to take me out. Oh you’re disgusting bro. You’re disgusting.

You didn’t even know what i was gonna be talking about. You still took me out:  It’s fine. It’s. Fine! I wasn’t even in the mood to talk about Winterfest anyway, I’m gonna be honest with you, Winterfest is around the corner.

I want to talk a bit more about it. Probably in tomorrow’s video or maybe the next video or whenever I feel like it. Oh, my goodness, I’m sensing, some kind of spirit around here, but it’s, a ghostly spirit, because I just I just took him out the game and sent him back to the lobby.

I killed him personally. I just want to watch this trailer one more time. So guys do you remember if you want to support the channel, you can use the support to create a code that is on screen and apart from that enjoy this galactus trailer.

We’ll catch you all on the next one. Peace. Ion is new, and this time it is inevitable and the world will take its last breath.

Fri Nov 20 , 2020
https://www.youtube.com/watch?v=qUloMSeVDvk So, of course, you guys know: fortnite death runs how about a death run with 100 levels in it dude we haven’t done this in a long time and then, of course, at the end, we try another combo and it gets ridiculous. So dudes in honor of a […] 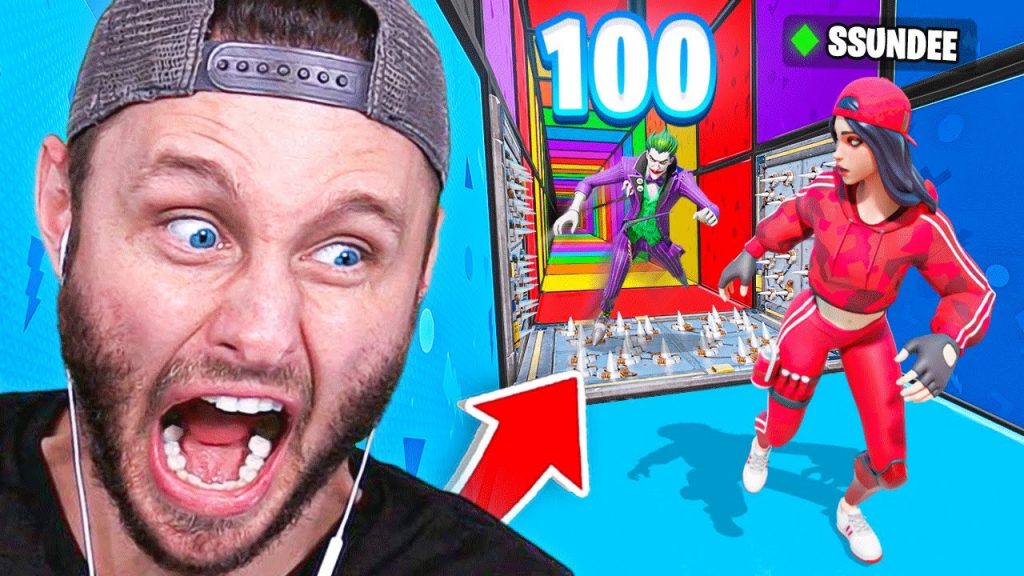