We took the liberty to put together the 30 best moments of fortnite season: 4. [ Music ] number 30.. This season nick a30 put his hulk gloves on and gathered 100 players in a pile up to bring you the 100 player hulk smash.

What’s up? Oh okay? Okay, now that’s, humiliating that was almost a smooth hijack, but not as smooth as the henchman’s moves at number 28., the humiliations don’t. Stop there. When this guy decided to pull in a thousand iq play with mystique’s emo, can we get some hashtag pedowins in the chat? There is no chat.

The comment you know what i mean. [ Music ] disguising as a henchman, sounds pretty pay to win to me. But if we’re on the topic of henchmen at number 27, they do more than just dance. In fact, during fort nightmares, this guy had the luckiest henchman encounter.

I’ve ever seen check this out. Okay, accidental henchman rocket riding was a shocking moment this season, but that’s only until you see this clip at number 26 of this guy, whose fishing trip got raided and was sent a surprise visitor that he took for the ride of his life.

[, Music, ], [, Music, ] number 25, so season 4’s. Had some luck, we get it so now it’s time to show off some skill. Venom’s. New mythic ability is already making people come up with some eye. Watery tactics watch what cypher pk did what’s up buddy.

Isn’t, the only creative way to use this thing. This guy found that out pretty quickly that man is probably so confused what just happened, but just when you thought that was the craziest moment this season boom.

We hit you with number 23.. If you’ve ever done the experiment in gta 5, where you try and blow up as many cars as inherently possible, then you’re going to want to watch this guy blow up 62 cars in fortnight.

All right here we go good luck, everybody! It’s, just so cool at number 22 season. 4 has been an explosion of events, but season 4 has also been full of hilarious glitches. In fact, probably the weirdest glitch of the entire season was the dinner bone.

Bug scientists still to this day have not unearthed what exactly is going on here. Okay, guys, we’ve, discovered the true stranger things upside down, crossover event and that wasn’t even the only glitch.

We had it at number 21, while walking around upside down is pretty funny. It’s, also pretty harmless. Unlike this next bug, which actually broke fortnite worse than galactus, we’re gonna lose the show pot.

It’s. Fine whoa! You see where’d, you go. What welcome to the group all meta robometa. Do you remember this thing this right here? My friends is how we stop galactus. I mean that or how you shoot yourself, thousands of feet into the air and at number 20.

While that glitch broke the game, it wasn’t, the only thing that got broken in season 4.. This next dude actually managed to break a world record with his pickaxe that guy really couldn ‘ T have seen that one coming, but at number 19, if we’re talking about breaking records, then you’ll love this next moment when this player realized that thor’s, hammer was on the map.

He tried to pull off a feat like no other, ladies and gentlemen, get ready for the bottle flip of the century. Here’s number 18., all right wow! That’s pretty lucky. It also took a lot of skill, yet our next moment comes from someone who didn’t have luck or skill, let’s just say every now and again fate will find its way to catch up with you.

Now i’m, not sure if that was a glitch or the enemy’s, gas can but who said all glitches have to be bad news at number 17. This next bug was probably the best thing that could have happened to this super lucky guy.

I’m dead. I’m dead because somebody knocked me down like an absolute wiener and i just yo guys wait guys guys. I don’t remind me getting thrown across the map to your teammates, for a clutch. Revive is pretty cool, but what? If you want to fly in style, well, then check out this guy.

People have found a way to really have fun with it. I don’t, know about you guys, but fun glitches, that don’t actually break the game. I am highly in favor of, and i just love seeing stuff like that, but at number 14 one of the best moments of the previous seasons has to be what people have managed to do with kids emote and that isn’t going to stop Any time soon, with fortnightmares this year, players began to experiment with the shadows you can play as [ Applause ], okay, that might be mildly terrifying, but at number 13 speaking of shadows, those things were an absolute nightmare during halloween, but when you get surrounded by them, It was a huge problem.

Luckily, this player found a way to actually counter how stupidly op they were [, Music ]. This is a live enactment of how it feels to poop in a high school bathroom, but at number 12 nick 830 is bringing it back.

I i didn’t think it would work and on the topic of unibeams, they were pretty overpowered earlier on in the season. So naturally, this next guy at number 11 found himself a perfect unibeam counter to fend off against those pesky spammers.

That was great, but for number 10 think season. 4 has been filled to the brim with all new pay-to-win skins. We’ve already showed off how those lone henchmen were used by mystique, but there’s been some other op ones too.

Check this clip of laser beam using silver surfer. Surely he doesn’t, see me dude, [, Music ]. Wait! I’m, not doing anything. I could definitely shoot him, but i’m, not doing nothing. I’m sitting here there’s, nothing.

This was worth every single dollar silver surfer’s, own skin might be pay to win, but his ability was way more useful for pro players. In fact, at number nine take a look at avery dropping from the sky.

With this thing, bro i’ll wobble combo you don’t. Make me what’s up. You got wombo combo buddy, you ‘ Ve got wombo combo buddy and at number eight how about we talk about the time that meow solves found himself, transforming into a very familiar and potentially discomforting face.

That was a shocking event for sure, but nothing could prepare us for number seven. When tony stark brought an entire part of new york to the island, this was the first day that stark industries came out, [ Music ], you show up, and there is an actual legion of people and that’s, not even including the stark box And if you thought that fighting iron man was bad at number six, can we talk about epic dropping wolverine onto the map? This definitely brought us some pretty interesting reactions.

[ Applause, ], [, Music ] welcome to the top five with our final five moments. These are some of the most insane of not just the season, but the entire chapter, don’t. Believe me, just watch steph curry over here at number.

Four, i can’t tell if that one was luck or skill, but i know one thing for sure and that’s, that our next player definitely needs to go and buy a lottery ticket. Take a look at this. I need to catch myself a minus flopper.

Is that a good one jamie i swear to god. I sweat. I swear. I am so bad like that. I swear to god, but not everything happens inside of fortnite itself, because after not playing for months at number, three tifu shared his warm-up routine.

During a tournament interview and right now, i’ve got tifu on the line. Tifu is currently in the middle of his pre-game snack there. What do you do to get ready for an intense tournament like this one, tifu um? Nothing.

Are you ready for number two then drop a like on the video. What are you doing? There have been a lot of henchmen bosses during season four and it’s, definitely fun to see what people have been doing with them.

In fact, postbox pat went through all the trouble to bring all four of the main boss npcs to fight each other in an all-out arena match you can see them crossing here in their triangle. Look at this. They’re battling it out.

What is doom doing? Is he trying to get out of the arena? Oh wow, what a 200 iq played by doom right here and finally, our number one moment of the season is going to go to probably the luckiest thing i have ever seen in fortnite when someone with doctor dooms arcane gauntlets, wanted to test just how far they Could go they struck? Well, not gold, but well watch the clip [ Music ].

He definitely hit something, but those were the best moments of season. Four, like this video and subscribe. If you enjoyed – and here’s, another video click, it quick. You have to watch this has been sam and keep it right here.

Mon Nov 23 , 2020
https://www.youtube.com/watch?v=pfolOE-Pv8A Guys welcome back, we know. Galactus is currently hidden underneath our fortnite oceans and he is soon to rise up from the watery depths and destroy our fortnite islands forever. But in the meantime i figured we could go and visit galactus under the water by glitching. Underneath the […] 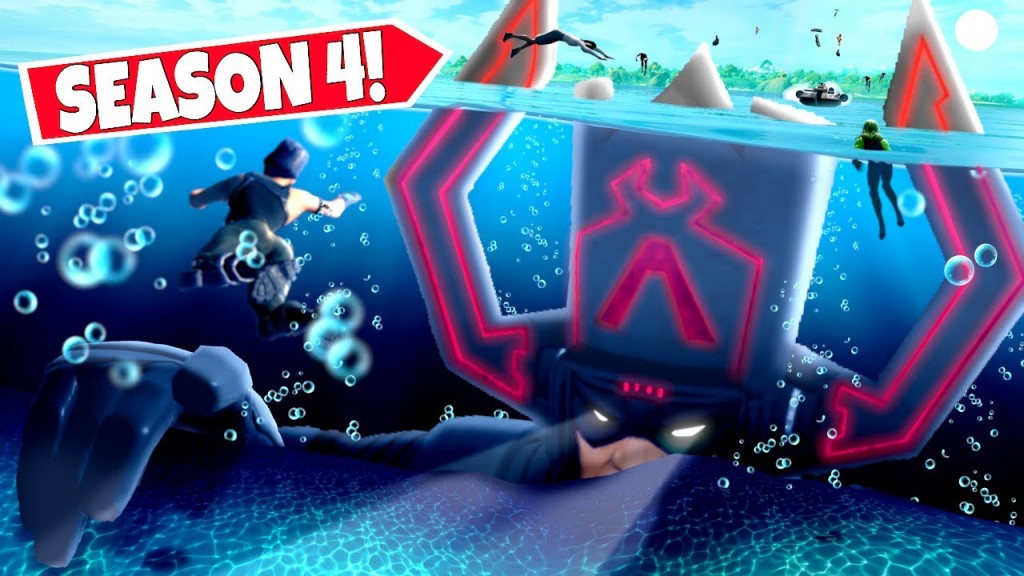