Hey what’s up guys? It’s! Cypher. Today, i’m, going to show you how to turn your character into a miniature airstrike using the brand new exotic, quad launcher. It takes a few different ingredients to make it work, but i’m, going to show it off in today’s.

Video today’s. Video is actually sponsored by our energy sponsor xb sports. They’ve got some amazing products on their website. This one right here is the pre-game energy boost drink. It has zero sugar, zero calories and it gives you the energy and focus that you need, especially when i’m competing in four night tournaments and competitive events uh.

They also got xb sports gummies, and these are awesome because they actually taste really really good. They’re, also great for mental clarity and eye health support. If you guys want to check out xb sports, you can check out their website.

They’re, also available on amazon and walmart link is going to be in the description down below enjoy today’s, video and let me show you guys how i turned my character into a mini airstrike. Just you know it.

Wasn’t wasn’t, quick enough to pick up the shoddy. Oh, so the npc who drops the launcher or sells you. The launcher is not here. His other spawn location is near coral castle, no time to waste coral castle.

I’m, actually not entirely sure where he spawns in coral, but you know what we’re gonna find out something i noticed about these exotics is not a lot of people want to spend their gold buying them, even though they’re uh cheaper than they once were.

The prices might, you know, still be high. Hopefully nobody’s actually purchased it, but if they have oh, my god, i completely forgot that the boat has fuel and we’re out of fuel. Is that him? That is him? Someone was here so they might have already purchased.

It excuse me, sir, they did you know what the person who did is probably here that’s. Probably one of them is probably it. So if i play my cards right, why are you shooting me for, and i didn’t even have to spend any of my gold baby? First quad launcher.

I’m surprised. He didn’t use it now. I have bouncers as well, so i’ve got all the ingredients cooking up. I’ve got the launcher. I’ve, got the shockwave, let’s, go ahead and pop this mech here real quick time to go turn myself into a mini airstrike people are not gonna expect this.

I’m gonna i’m, basically gonna one shot, whoever i run into, let’s, grab a little bit more materials and let’s. Leave coral because there’s, not gonna, be anybody here to fight. I’m on my way. I’m on my way.

I ‘ Ve got eight eight shots too, which is perfect, probably find some more along the way, purple tack and scar stacked out the loop. Give me some peppers right here, so i can get out really fast.

Give me some peppers. Oh thank you. Fortnight. Epic games. You guys are awesome how considerate epic now give me a skin all right. It’s time. You find a player, shoot him a couple times get in the box up and then lay down the hammer.

I see some builds over there on the bridge. That might not be a bad place to start time to get crazy. Oh i see it. I see it. I see the opportunity, oh this guy, this guy’s nuts. You see how much he just edited.

I might not try it on this guy, because this guy might might ruin it for me, you know i might just have to try to kill this person. Normally he he just flex built all this. He wasn’t even fighting anybody.

That was beautiful, bro. That was beautiful and it was against probably a sweat because you see all those builds. He was just cranking for no reason, oh my god, how do you react to that? He he had no idea, it was coming.

He had no idea bro, we got ta, do it to more people. I see somebody over here. I ‘ Ve got three more shockwaves, i need more shockwaves. Do we just go for it right here? He is not having it. You just try to full.

Now, hey man box up awesome. It’s, time, [, Music ]. It’s over it’s over buddy. I got one more shockwave man. I need to get more shockwaves come on. Tell me you got some shockwaves buddy, you pull out the snipey.

You dare do that. Oh my god rocket ammo. He has rocking ammo bro two rocket shots that’s. All i needed it’s. All i needed all right. Two enemies remain two shots. One of them has a sniper rifle. He’s on the roof over here.

Splashing and healing this dude has the uh quad, which is a little concerning he’s. Gon na he’s, gonna be full on on health for quite a bit. This is a tough fight man gg, ladies and gentlemen. Honestly it slaps it caught a lot of good players off guard don’t forget to like and subscribe for more content.

I’ll, see you guys next time you

Tue Feb 9 , 2021
ttps://www.youtube.com/watch?v=vkwAw6AZxuM In today’s, video, we’re hunting down a ghost in fortnite and only using the loot from that ghost to win the game. Now most of you probably have no idea what i’m talking about, because this particular ghost was in the game only for a few hours before it […] 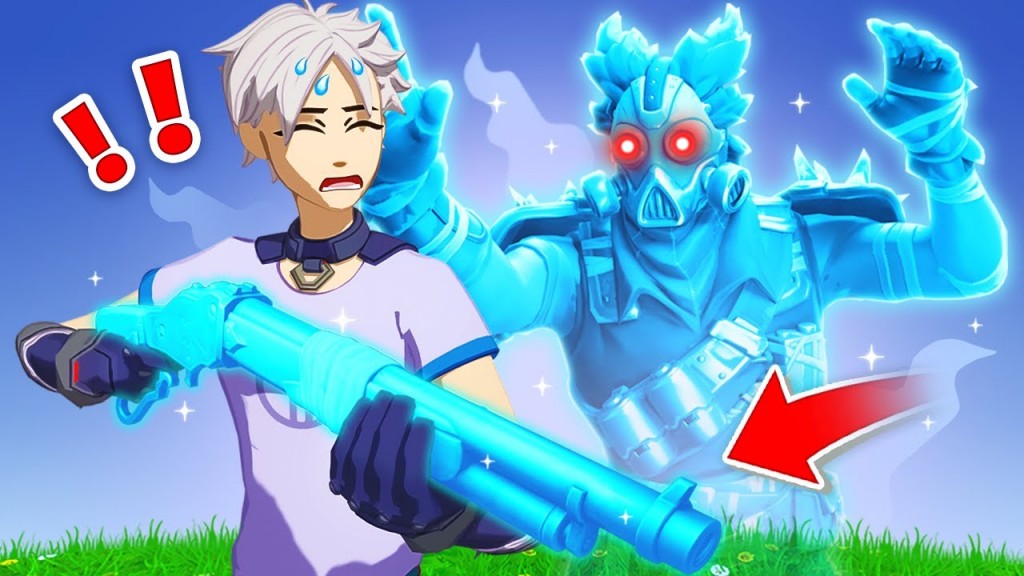