Guys, i would love to welcome you back, but i’m afraid we’re running out of time with the final events. Countdown now, officially in game, leaked sound effects of the moments right before galactus attacks and, of course, the first location where players are seeing galactus in our waters.

Oh, my goodness, this is going to be an action-packed video guys. If you want to support the channel, you can use the supported creator code on screen right now. It’s all in this video guys. Oh let’s, get into it.

Oh, my goodness, dude we knew it was coming hey. You know what’s crazy, though. Obviously this countdown is completely crazy, but i’m, also playing as venom. What happened? Hey don’t worry about what happened to this game.

What happened to that guy yo homie! You trash dog, guys um fortnite, literally just exploded. I went to bed last night. I went sound asleep and welcome this morning to venom the galactus countdown, whatever that guy was doing back there yo, it has really all gone crazy.

We got a crazy video for you as well. We’re gonna be covering all the changes that have just gone down in forward snipes except venom. We’re, probably just gonna like concentrate on the galactus stuff, because it’s, pretty crazy.

I feel, like i said, crazy, a bunch in this intro, maybe uh. Maybe i’ll. Stop that for a half sec. Oh, it was crazy, damn it did it again anyway, guys sit tight plug yourselves in this one is gonna be epic.

Oh bro, get out of here. I don’t know what that was bro. We’re done with killing people. The intro’s over is cancelled. Let’s, get into it. Players may have noticed to have been looking in the battle pass lobby rights now that we are finally seeing these changes that we have been talking about the top and the horns of galactus can now be seen on this round’s table.

It might just be the indication that we need to find where galactus is first going to arrive. We have been talking about the fact that some players have seen the top of galactus’s head in our fortnight’s game right now.

We know galactus is in our water and he’s. Slowly approaching. The question is: where is he where’s? He gonna arrive? Next, according to the battle pass lobby, we can see the top of galactus’s head just here at coral cove.

So hopefully, maybe if we go to coral cove in game, we might be able to see galactus’s head yo. My goodness dude look, the helicarrier is literally right next to coral coat yo. Does that mean galactus is going to attack the helicarrier from here yo? I thought you were supposed to move helicarrier you got to get on.

We got 10 days, you’re. Literally coral cove is here: i can’t, see galactus right now. There is a storm in play. Ruining everybody’s. Game is normal. You know how it is yo. If this battle pass lobby thing is correct, we should be able to see the top of galactus’s head.

Maybe it’s completely random. You know how like the polar peak monster when it was the ice castle in the water which slowly appear on different parts of our islands, maybe it’s, just like that and right now i’m, not lucky enough to see the Top of galactus head – maybe i’m.

Just unlucky, wouldn’t, be the first time huh just flying around a little bit more just in case i’ve missed something. Maybe galactus is literally peering all around the island, but i figured as he was appearing at coral cove in the battle pass.

Players could barely see him. We could just make out the outline and right now in fort snikes, we’re above uh coral, cove and um yeah. If he’s out there, he’s too far away for me to see. Damn you storm ruining my game again, damn you now, of course you didn’t, miss hear me.

I did say 10 days. We know how long it’s gonna take until this event goes live because yo, the countdowns are now in game. There is a countdown which everybody can view at the lobby screen when you’re waiting for a game.

We saw it at the start of our video and, of course, there is now a countdown in the battle pass lobby at the time that this video is released. It’s, probably going to be closer to nine days, but one thing we know for sure is the countdown is in game.

This event is happening in the games files. There is a sound effect that is linked to this final event. This seems to be the sounds of what can be described as the moments just before the events. Let’s.

The sounds of sirens is what is in the game’s files right now, literally. What we’re hearing is the end of our fortnite world. Well, at least that’s. What it sounds like this is all we will hear before galactus arrives to destroy everything it’s in the game’s files.

We know it’s happening. Oh, this event is getting more and more excited. Oh, my goodness. This in my book is the freakiest sounds. We’ve heard in fortnite. It’s all to do with galactus it’s all coming to our game, and that is going to be my new shotgun.

Thank you very much. Oh yes, free stuff! Oh it’s. Made of free stuff. Is that a jet pack give me that you ever seen venom with iron man, yo venom’s like a symbiote right. I’m literally like what would happen if iron man got a symbiote attached to him yo, it is sick, oh my goodness.

Superheroes are everywhere and i’m about to join them. Today is a good day today’s. A great day, oh, my goodness, all of the bad days that we’ve had in the last few days you know getting cheesed out of every win.

You know playing against the most unbelievable players. Oh, it was worth it my goodness: victory, royale, okay, okay yeah! I know there’s still loads more to talk about. Okay, let’s. Just having my moment.

Let’s, get into it, hello! It’s. Me venom, oh yo, this is sick yo, i love being a bit bro. I really feel like venom. Yes, there’s. Still some pretty major changes in fortnite and the latest update i got ta show you them.

They take place here at stark industries. Oh, oh, no, you’re. Just uh, you’re, just a robot, bro bro i didn’t shoot you. Oh you scumbag, oh yo yo! This is the spot bro. This is the spa. Anyway, players may have noticed when they have been coming into their next game that the uh the battle bus they arrive in, looks a little different.

We’ve, been talking about the battle buses changing in for tonight and finally, and actually for the first time in fortnite’s, history, we have a battle bus that has no balloon. The battle bus that is in game right now is completely powered by some kind of thrusters, and we know this new battle bus has been built by iron man.

We’ve, been talking about it, a bunch in this game. Stark industries has slowly been changing. Iron man has been building these kind of battle, buses that he’s, going to be using to defeat galactus and, of course, in the latest updates.

This is officially in game. You fly in on it. It was kind of sick, i’ll, be honest, and we know for sure this does have something to do with the final events against galactus because leaked in the game’s.

Fires is this loading screen which actually shows us galactus and multiple battle buses flying past him. We believe that these battle buses are going to be colliding with galactus, taking him through some kind of black hole portal sending galactus off into another realm.

This leaked loading screen right here only reinforces this theory that multiple battle buses are going to be coming to the game and they’re, going to be taking our galactus. How many bell bursts? Do we have? We have one two? Three, we have four five.

In there we have six, the one in the sky yo. We had seven yo. That could be like the seven remember: seven rockets, the seven you know fortnite fortnite storyline. I know it’s, confusing because i am venom.

I know it’s like all over the place. Oh no, this guy looks like he knows what he’s. Doing oh, no, the worst kind of players bro i don’t know. If you know i just want a victory royale, you do not want this.

Maybe you can like and comment bro. I have no building materials, leave me alone, uh, but long story, short um. Nothing really happened. I ran away, i survived, i guess he ran away. He survived. I don’t know it wasn’t much of anything, but i’m, the one who got the helicopter hell yeah guys.

Okay. Okay, i like that. I, like that. Oh, i like that even more i like that we could that in the game of bubba bullseye, you know what i’m, saying bullseye. Oh, my goodness, this symbiote is unstoppable.

Somebody slowed this man down. I’m on fire luckiest guy. Ever, oh, not so lucky huh, hey bro! I’m coming in with you. I think i got this guy. Oh, he had the warming course, and that was like the first time ever.

I thought i’m gonna run in this box. With this guy and i’m gonna take him out. He happened to have the best melee item in game, shout out deadpool guys. If you want to support the channel, you can use the support of credit code, that is on screen rights.

Now everything is epic in for tonight i’m gonna catch you on the next crazy season: 4 footstep video, alright, guys [, Music, ] peace,

Sun Nov 22 , 2020
https://www.youtube.com/watch?v=KOUPD13OJKI [, Music ], the newest generation of console gaming is here, but there are already some really compelling horror, titles and games with heavy horror elements to look forward to from the supernatural to the psychologically terrifying here are 12 such games for the playstation 5. That you should […] 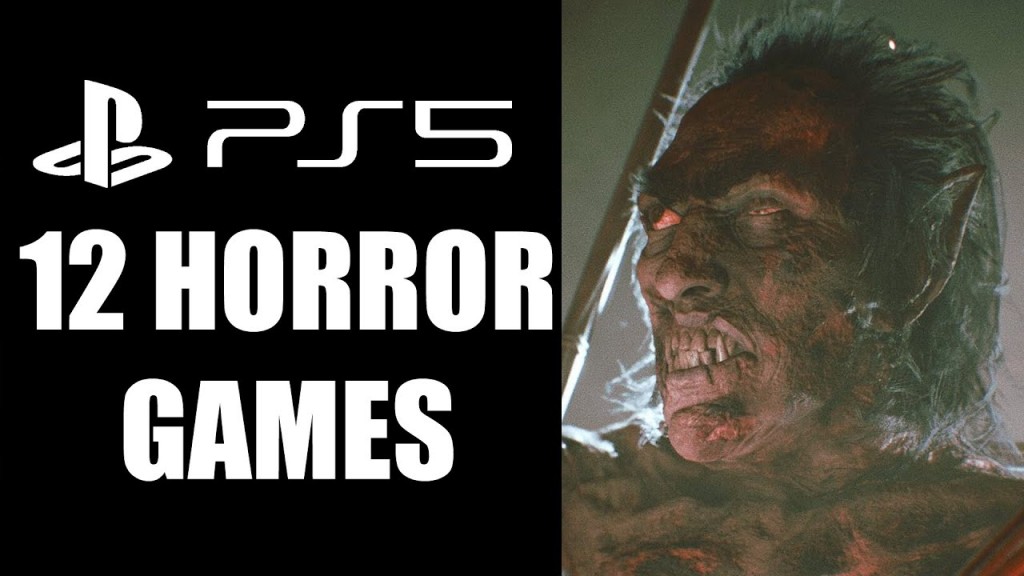