[ Music ], led by a mysterious voice, sora stepped through the door that marked the start of his journey. At long last die hard kingdom hearts. Fans have received the love letter to their beloved series that they’ve long awaited sharing some clear dna from past square enix, music, spin-off, theorism, melody of memory, grabs your hand and gleefully parades you through some of the most heartfelt moments in the long-running Kingdom hearts series which is now spread across over 10 plus games.

If you also include minor entries like recoded and kingdom hearts 0.2, one of the best parts about this rhythm based game is you don’t have to be a huge kingdom. Hearts fan to drop in and enjoy some bite-sized chunks.

It does, however, end up feeling shallow after several hours of play, given its very simple controls and onrail’s levels very little of it feels remarkable or unique in practice, and you may find yourself mindlessly breezing through it.

Make no mistake. This is not a new kingdom hearts role-playing game and while some of the story is touched upon, most of it is left out and little is added save for a section at the very end which explicitly tells us where developer square enix plans to set the next Kingdom hearts game and includes a little bit of interesting lore about kyrie, but not much else.

However, long time, kingdom hearts fans looking for a nostalgia fix will be pleased to discover that melody of memory channels, the series roots better than even kingdom hearts – 3 pouring disney encrusted smatterings of fanservice into each moment of gameplay.

It brings back characters and levels from movies. Like aladdin peter pan, tangled and much more while generously, dulling out collectibles and art pieces that pay delicate homage to the respective games that inspired them featuring the same brightly colored ps2 era, stylized, graphics and controls that replicate exactly how it felt to slap a heartless around.

With sora’s, keyblade back in 2005, melody of memory does its best to make you feel sentimental, [, Music, ]. The main attraction here is the world tour campaign, which has you collecting stars and progressing through a world map that features almost every soundtrack across the entire series.

It’s, a wonderful trip down memory lane set to the beat of music from kingdom hearts. 1. All the way to last year’s, kingdom hearts 3.. A single playthrough will eat up no more than 5 to 10 hours, depending on how much of it you choose to explore.

If you do, you’ll find some substance here you can earn and craft items like healing potions that can save you from failing a level. If you miss too many notes, and you do still earn experience points to level up a team.

In fact, there’s, even a synthesis system that stylishly harkens back to the one that fans will recall from kingdom hearts 2.. However, each of these mechanics falls by the wayside and only really ends up feeling like window dressing because nothing you do or prepare ever really matters.

Even during the harder boss battles, you progress through the world tour system by completing challenges, such as finish the level with over 50 health or break every barrel and crate, and those unlock new treasures levels and even characters that does feel satisfying.

When you’re on a roll, you get to play as everybody from sword to riku to ruxis and kairi, and you can even summon iconic disney characters like mickey mouse to join you along the ride. There are even side, quests and side routes to pursue if you’d like to spend the extra time digging deeper, but the path to the end is pretty simple and clean.

In addition to regular tracks, melody of memory features boss, battles and memory drives. The latter shows iconic scenes from past kingdom hearts games, including the boss, fight with ansem and even classic disney bits like toy story.

The only problem here is that melody of memory has too many things going on at once, forcing you to focus on hitting notes at the right moment, while the scene just kind of happens in your peripheral view, making it hard to appreciate [, Music ].

The good news is that there are a ton of ways to enjoy the wealth of kingdom hearts, memorabilia included in memory of melody, including a track selection mode and a museum mode that lets you go back to those special scenes and experience them.

However, you want it’s, also great, that the proud difficulty mode and the uber challenging performer style mode exists for those looking for a tougher challenge as well, though, it really makes melody a memory, yearn for a special controller like the one from guitar Hero for the first time in a console, bound kingdom hearts game, you can jump into split screen, co-op, multiplayer and experience everything with a friend on the same couch or you can go online and compete in the vs battles.

Mode battles are fun, but gimmicky two people go head to head and use tricks like blurring the other player’s, vision to trip them up. While you insure your own victory by outscoring them kingdom. Hearts.

Melody of memory is a nostalgia. Heavy reflection of a triumphant but persistently jumbled up franchise about spells slinging ducks and final fantasy characters living in disney castles, but it lovingly memorializes its legacy and honors the fans who have grown to love it while it doesn’t, do anything remarkable or Exciting with its rhythm gameplay – and it may not be the most alluring for those who don’t have the same understanding and love of kingdom hearts.

It’s, certainly a delightful experience that’s well worth the time spent for more on kingdom hearts check out our rundown of the entire story in 5 minutes and our review of kingdom hearts 3 and for everything else, stick with ign

Fri Nov 20 , 2020
https://www.youtube.com/watch?v=vlk1z44sF18 What is it, what has happened? This was not for you harvey, like assassin’s, creed, odyssey and origins before it assassin’s. Creed valhalla continues the series trajectory into a full-fledged open-world rpg, though ubisoft has dug up some of its stealth action routes to make that style more appealing, […] 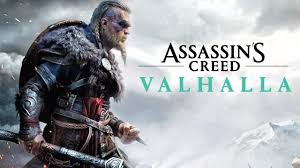 11 Hidden Things You Can Do Now in Season 6 of Fortnite!