Okay guys, so this right here in my hands is a really old computer, that’s been up in my storage room for as long as i can remember, look at the state at the top of this computer. Don’t think it even works anymore.

I’ve, had this lying around for as long as i can remember, it’s even been a guinea pig for some of our old videos. But what i’m, hoping to do today, is actually upgrade this and make it usable now. You can pick one of these up for around 60 pounds on ebay.

It’s, an old janky computer. I mean take a look inside of there. I think it ‘ S, got a mechanical, hard drive in it and a few other things. If we put windows on this, it will be slow, it would be horrible, but i think, with a few upgrades we can make this a usable computer.

So what do you do on your computer? I would hazard a guest that you’d. Watch youtube videos, do your emails and surf the web. I mean that’s, pretty much. What i do you’re, not going to expect to get like gaming like performance out of an old computer like this, but what you’re, going to be able to do is get an experience that’s, usable that Brand new, you’d, probably pay 300 to 400 pounds for when.

Actually, if you pick one of these up for 60 pounds and do some upgrades to it, you can get a pretty good experience for a fraction of the cost. Okay. So here she is our little test subject now i have two things here which we’re, going to use to upgrade this computer.

In my left hand, we have some ram and in my right hand we have some storage. So this right here is the ram you release it by clicking these down, and obviously this is an old computer, but there we go now.

We should be able to release there’s. One and two of our ram sticks. Oh, my god, that’s unreal i’ve, never seen anything like that before. One of these sticks is one gig, and one of them is two gig which makes this a complete build with three gigs of ram in it.

Kingston have sent us eight gigs of ram with sticks of 4 gig now, because of how old this computer actually is the motherboard that’s inside it, which is essentially the ball that controls everything only supports ddr3 ram.

Now you may have heard of ddr4 ddr5, essentially the higher the number, the faster the ram speed, which means the faster it can run. But this computer, because it’s, so old it can only support ddr3 so to install ram it’s as simple as taking it out to put it back in.

You put it in the slot and you push down, and you hear that nice satisfying click. That means it’s in now. Ram is really really important for the day-to-day things that you do on your computer. Essentially, when you’ve got things open, let’s, say a web browser and an excel spreadsheet.

The more things you’ve got open. Your computer gets a bit choppy. The more ram helps with that. So over here we have a mechanical. Hard drive, essentially acts a little bit like a record player. It has a disc that spins with a needle that reads that disc it’s, slow it’s, obsolete new technology.

Is these ssds solid state drives no moving parts really light huge numbers, 480 gig, but also really really fast, read and write speeds which makes opening files on your computer super super, but breezy like it should just do it nice and quick and responsively.

So our data cable is in there now to follow the power cable and now because this doesn’t actually have any moving parts. I think i’m, able just to tuck this above the optical drive. It literally is just gonna sit up there again.

This is a complete ghetto. Build i’m, not sure if this is going to work. So, with all that connected, we can put the power supply back in its place, lock it down, and now it’s time to secure the side panel back in place.

We have completed the upgrade for our sleeper pc. Now we need to install windows on it and see if it actually boots. [ Applause, ], [, Music, ], the windows install failed every time it got to the pack.

Our bell logo, yep, nada, it wouldn’t install windows. 10.. I thought everything was lost, so i retraced my steps. I put the old ram back in it. Then let me install windows, and now we ‘ Ve got windows on this thing, but i’ve put the new kingston ram in everything.

Is working geforce gt 1030, we’re, going to try and put a gpu inside of this computer. Now. This is a really special gpu and i bought this on ebay by the way 45 pounds. The pcie slots are completely toolless, so you just push that mechanism back and then we slide our new gpu in like so because it’s, a media pc.

I want to be able to just throw this anywhere and have it work. So we ‘ Ve got a bluetooth and wi-fi five card here now. The bluetooth part is just as important as the wi-fi part. Because again, i’m gonna use this as a media pc.

You’re, going to want to connect like a bluetooth, mouse or keyboard to this or even a combi device like that thing from logitech. So you can have this behind. Let’s, say near your projector or by your tv and still control everything.

We’ve, now put a gpu in here. That is a crucial part in making this computer faster, because the processor in here is a first gen, really really old. So if we can offload anything from that processor like the graphics stuff to an actual gpu, then that’s.

Gon na free up our processor to do processor things like process things: okay, the tv is plugged into the gpus hdmi port. So if we get image on here, it’s on already it’s. On already that literally started up in about three seconds, that is unbelievable, is it in 4k or not? I have so many questions right now, okay, we are currently outputting at 4k.

From this it has a windows 7 sticker on it just to double check as well. We are running at 60 hertz, so 4k 60 is achievable out of this old computer. When you put a gpu in it. Okay now file explorer let’s.

Try and navigate around in here with this new ssd yet clicking on all of these folders and opening these files. Things seem to be really really rapid and that’s, where that, well that ssd from kingston comes along.

You can see when you’re zooming in here from this photo that it takes a second now the processor’s. Caught up so essentially the processor in this computer is, is our bottleneck at the moment, so can confirm that our wireless card is working at ac speeds.

We’re downloading rocket league here at 8.2 megabytes per second, which is rapid. If i open up our web browser over here, i’ve got amazon open. I’ve got a youtube page open here. It’s. Asking me to sign in i ‘

Ve also got bbc open and you can see how it’s. You know scrolling down here, bear in mind. We’re in 4k here, and everything is fluid. Okay, it looks like it’s already in 4k, auto selected. Let’s, put it full screen, it’s lagging okay, we’re in full screen and it looks like we’re playing back at 30.

Fps looks really crisp. It’s. A budget pc, like the total spend of this so far, isn’t over a couple of hundred quid okay. As you can see here, spotify has taken around five or six seconds to open, but now it’s opened.

Everything is working. Fine inside of spotify, you can scroll here we’re, probably going to get some scroll lag because bear man. We’re, trying to load a 4k video in the background here, which, by the way, is still playing really smoothly.

Okay, i’ve closed everything down it’s time for rocket league. If this computer can play rocket league, i’ll, happily turn it off walk away and this video is finished like ah, i thought that would be the case.

So it’s. Actually, a 32-bit version of windows on this computer and you need 64-bit for rocket league, which is a shame okay. So for games like dirt 3 things like i don’t, know: farming simulator, um things like uh airplane simulators.

What are airplane simulators called flight simulators for things like flight simulators. This is going to work absolutely fine, but for aaa titles that require a 64-bit architecture on windows. You’re gonna need well, 64 bits 32 bits, just ain’t cutting it and that’s.

All you can install on this. I think what we’ve built here is a great computer for just doing general things online, word, processing and maybe some light gaming if you really want to push it to stretch.

But before this was sat in my loft collecting dust, if you guys would do anything different with an upgrade to a computer like this, please let us know if we missed anything out, you think we could even upgrade the processor.

Let us know in the comments, but for now this is sick pack, our bell, you’re working as new for now guys my husband alex this has been tecflow. This has been super fun by the way and we’ll, see you in the next one adios that literally started up in about three seconds.

Fri Nov 20 , 2020
https://www.youtube.com/watch?v=t-y26nK7FZE&list=PLraFbwCoisJBTl0oXn8UoUam5HXWUZ7ES, [ Music ], led by a mysterious voice, sora stepped through the door that marked the start of his journey. At long last die hard kingdom hearts. Fans have received the love letter to their beloved series that they’ve long awaited sharing some clear dna from past square enix, […] 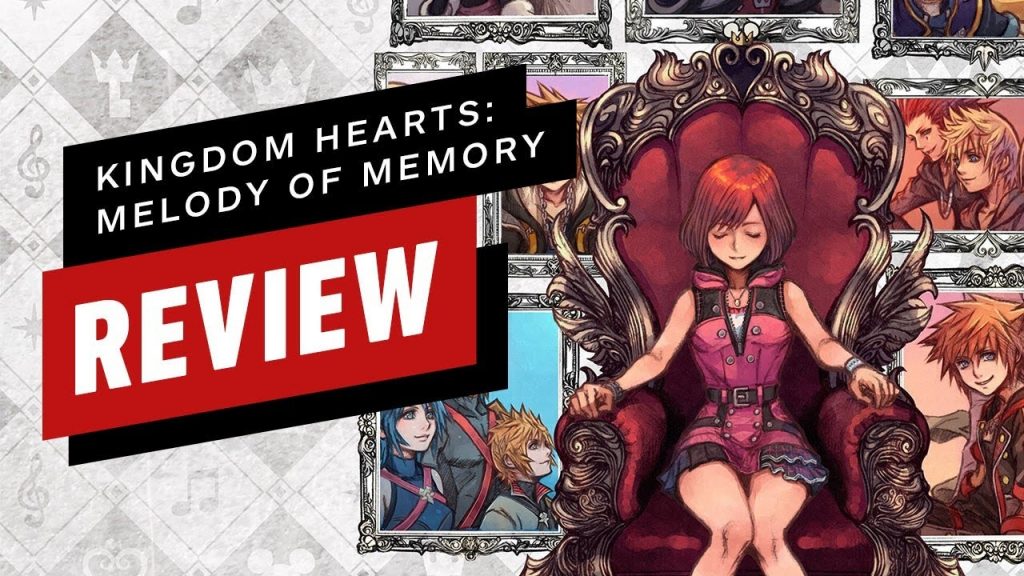