Hey everyone. So today i’m, going to be playing battle, royale on call of duty mobile with my phone, which is the moto g stylo. It’s, honestly, a pretty great phone. You can get it at metropcs, basically for free.

You just have to play for the plan, which is, it has to be at least a 30 plan and for the activation fee, but it’s all near like 60 to 70 bucks, which is amazing for the price. This phone does run around 200 or 300 dollars if you were just to buy it by itself, but, like i said with the metro, pcs promotion deal thingy that they have going on it’s.

Pretty great. This phone has four gigabytes of ram, which is way more than enough than what you need for gaming or for using social media or whatever. This game honestly runs the best it’s ever run on any phone that i’ve used.

So far, it’s very smooth, zero lag. It also comes with a pen that kind of slips inside the phone it’s like the ds i don’t know if anyone ever had a dsi or any uh 3ds, but there was, it usually came with a pen that you Could slide into the to the side, i think, and that’s.

What this phone does it’s, pretty cool it’s, not an old phone. It came out this year in 2020. I think during august and it has a snapdragon 665, so you’re kind of set and you’re, pretty future proof for any upcoming updates.

It also comes with 128 gigabytes of storage, which is insane for the price. Like i said i don’t, i really don’t know what they’re doing here, i feel like this is a loss for them. I don’t know why they’re, giving away such a great phone for free, but i mean it’s.

It’s a great deal for you, guys, anyways guys. This game is running at the lowest settings and that’s, not to say that you can’t push it any further than that. You can push the settings to the very, very, very limit and it still runs extremely smooth.

No lag. No glitching whatsoever. The only reason why i put it on low is just because i’m just used to it. I don’t really care about it. Looking all pretty uh, it looks fine with me when it’s on low and also i’m recording so screen recording uh over your phone can probably i’m, just very skeptical.

That’s. That’s, solid, that’s. It guys the screen recording. I’m using uh an app called mo mo bison. I think it’s, a purple icon. I mean an orange icon and i’m, currently running the recording at 15 frames per second and recording at 720p, but, like i said this phone is so good.

You can still run it at full, hd, screen, recording and up to like 30 to 60 frames per second, like i said, i just keep it low, because i don’t really mind. I think it looks fine. It doesn’t. I don’t really see the huge difference.

I know that it looks smoother if you record it at a higher frame rate, but yeah it doesn ‘ T really bother me bottom line. Guys is, if you want a great phone for gaming at the highest settings with the highest frame rates.

Then this is the phone for you and especially if you want one that’s at a cheap low budget price like me, and if you’re, an iphone person and you’re very exclusive to iphone and you don’t want to get an android, just pull that stick out of your ass, and i promise you, you won’t regret buying this.

It’s, not that bad. Obviously, the only trade-off that i truly see with buying this. Instead of an iphone, a budget iphone would just be the camera like. This still has a great camera, but it’s, not as great as the iphone, so that’s, pretty much it.

Just it’s, just super instant and you’re right back into the game and for i’ve never been able to do that. I’ve, never had a phone that can do that, and this phone can do it. It’s, pretty cool. I just thought i’d.

Let you guys know thanks for watching hope. This helped have a good one guys. You

Why EVERY Pro Is Switching To THIS Keyboard Joystick!

Sat Nov 28 , 2020
https://www.youtube.com/watch?v=Gmg1Vslc7yA Yo guys codelife here so in today’s, video guys, i want to talk about the keyboard joystick, that loads of pro players in fortnite have been switching over to recently to use alongside their actual keyboard. Like this thing right here guys, it literally sits right next to your […] 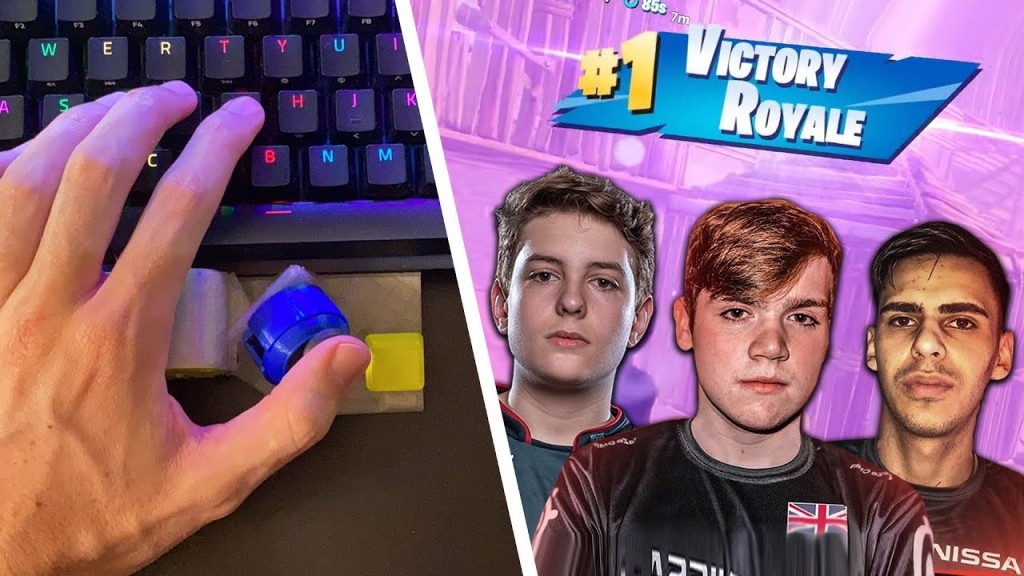